If you own a Android handheld, games would definitely be one of the first few apps you would look forward to as there are so many of them, ranging from action to puzzle to sports to strategy to RPGs. You can simply browse the top free and top paid options in the games section to find many good ones, but there are many games that might not be in the most popular or editors choice category in the play store and yet are quite fun.

Here we have compiled a list of  Top 25 Most addictive Android games that are going to kill a lot more time than you’d want them to.

Update 1 : We are adding a couple more games, let us know how you like them in the comments. 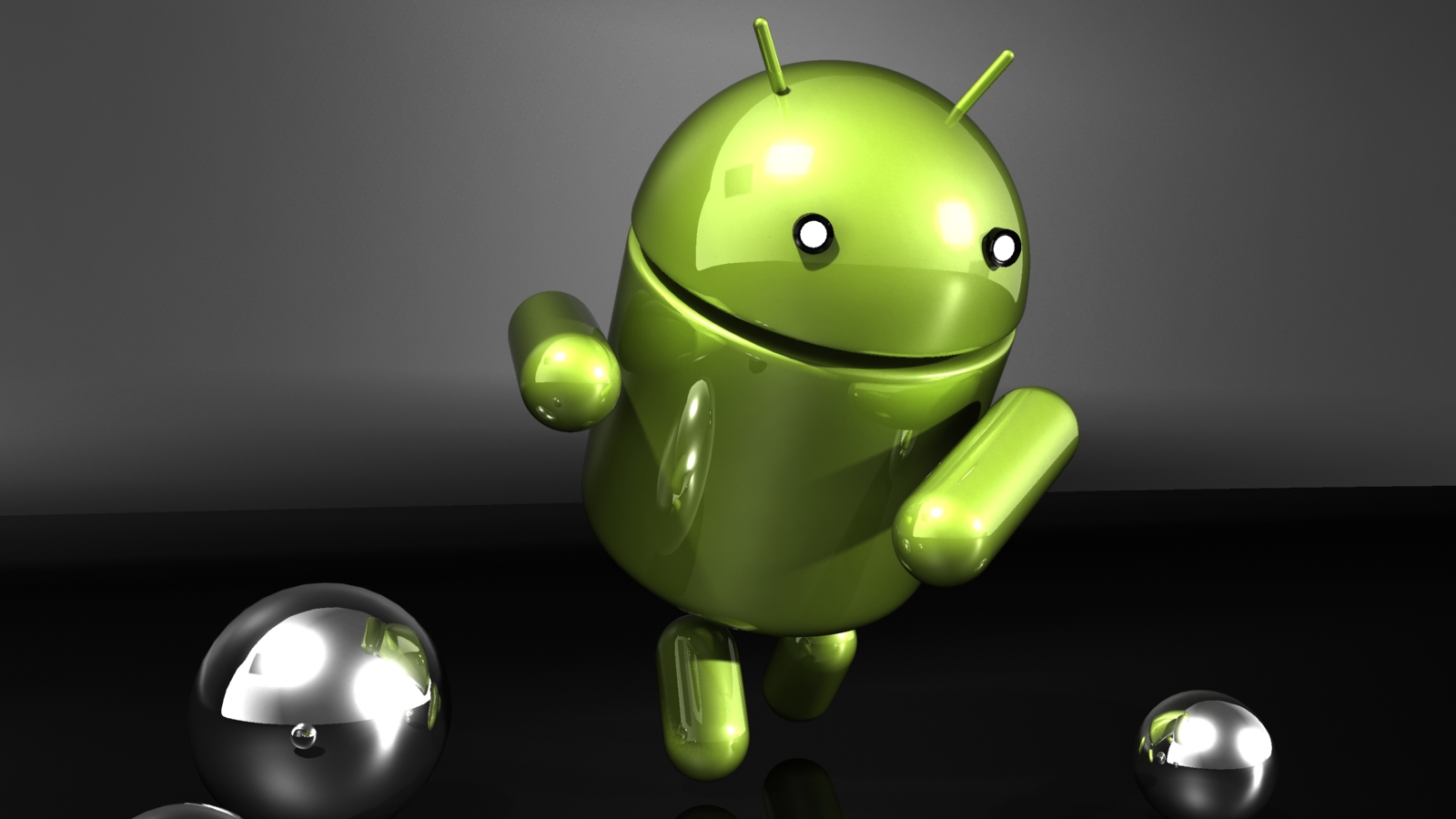 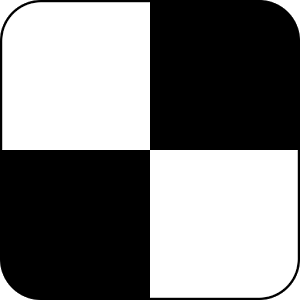 Do Not Crash : Another mind crunching game testing your focus and thrilling you like any high end car racing gaming, Do not crash makes to the top of our most addictive android games list. Do not miss it !! 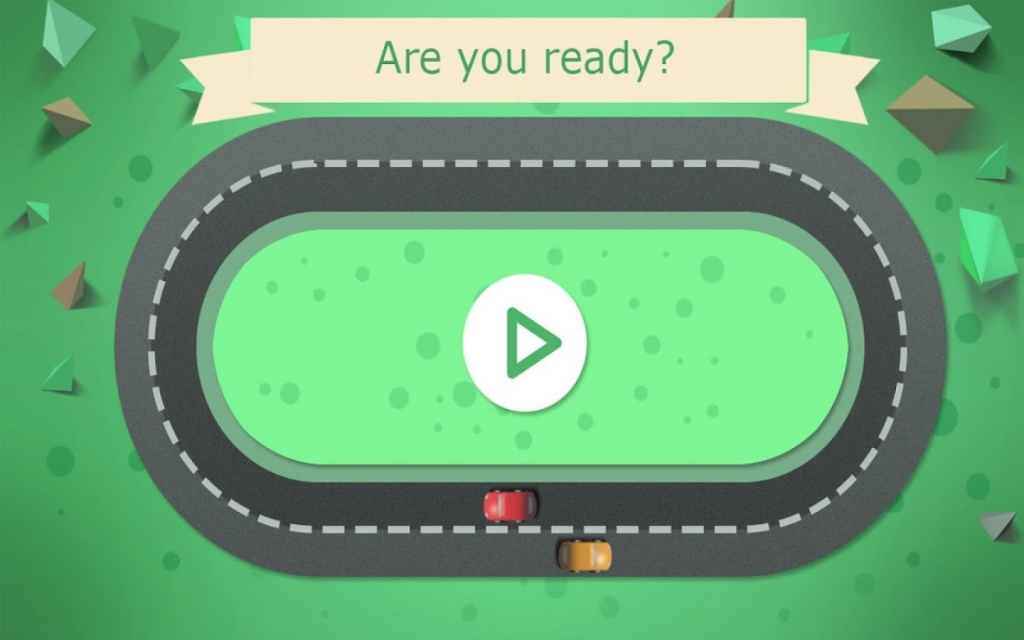 QuizUp is the new craze on both iOS and Android. With wide range of topics from Arts to Technology the player has to compete with others online . The content (questions) is updated daily and players can even submit their own questions to make the game even more interesting. Players can also earn variety of achievements and can chat with new people with similar interests.

Threes is a kind of puzzle game that attracts all ages. The main objective of the game is quite simple, the player has to combine two cards having same number to create a single card that has double the value. This goes on until you have to give up, that’s right, you always loose….atleast practically.

Order and Chaos is another MMORPG game by Gameloft with a huge online players base.  There are 5 Fantasy races available for you to enjoy. Elves and Humans fight for Order while Orcs and Undead want Chaos and Mendels are somewhat neutral. Players can choose their class, appearance, gender and take on quests in the huge fantasy world that provides countless hours of fun and action.

When it comes to strategy, be it iOS or Android only one name rules them all, Clash of Clans. Since this popular game made its way to Android after a long wait, it has been downloaded over 10,000,000 times and has a huge active players base. The players have to build their own village from scratch and fight their enemies in action packed battles. With 15 units to choose from, all having unique abilities and upgrades, it needs a strategic approach to climb up to the top of leader board.

Pathogen falls into the “easy to learn but difficult to master ” category. This turn-based strategy game is similar to the popular Othello game but with completely new range of tactics and permutations that a player can use. With single player, multiplayer and level editor modes, Pathogen is a must-have for both strategy and board game lovers.

With its Gorgeous graphics and engaging gameplay, Asphalt  8 : AirBorne has become the most addictive racing game of all times on Android. Packed with 8 different seasons and 180 events in career mode, Asphalt 8: AirBorne will keep you engrossed. You can also play multiplayer locally or online and can take on up to 8 players. Though the game demands superior hardware, it is a must play for all racing fans.

Many mining games have come and gone but Mines of Mars dwarfs them all. The player plays a spaceman who goes digging on the Planet Mars. With the materials he extracts from digging, he has to craft new equipment that allows him to dig faster and face the fierce monsters that lurk within the mines.

Construction games are hardly adored, atleast on touch screen enabled devices, but the recently launched Construction Simulator 2014 has been applauded by one and all. The Player takes the role of a Constructor who has to build wide range of buildings with Heavy Machinery. He has to start as an apprentice and climb up his to become a Constructor Tycoon. With its high quality 3D graphics and number of construction sites to learn and complete, you are hooked up for good.

Dungeon Hunter Series continues to impress, every new iteration just keeps getting better. It provides the immerse MMORPG experience thats hard to find on any other Android game.  The game’s core elements have been retained plus now players can choose over 4 warriors with variety of skills & powers. Multiplayer is just icing on the cake as the PVP battles and death matches keeps you glued to your Android handheld and the best part, like most other Gameloft games, this ones is free to play as well. So whats stopping you ?

The sequel of the rather popular Cut the Rope is finally here. Om-Nom is back with some new challenges. Zeptolabs have made a smart decision to stick to the gameplay which made them popular and added some amazing new levels with brainstorming puzzles and  some new helper characters to make the already addictive Cut the Rope, even better.

We have abundant of tower defence games in the play store yet the newly launched Line of Defense Tactics stands out with its strategic and more engaging gameplay. Here, the players have to train their teams and constantly upgrade and equip them with new weapons to the win battles. Every unit has their own set of unique abilities so the player has to keep guessing for the best strategy to defeat the enemies.

Ruzzle is a popular word game with more than 50 million active players. Players need to find the most words within 2 minutes in 3 rounds. With pleasing graphics and audio, Ruzzle dominates other word games. The game can be played in 12 languages which includes English,German,Spanish and French.

With tons of tower defence games already in the play store, 11 bit studios still decided to make another, only with a new approach. This game has a new concept called Tower offense. In the game, players need to get past some strong structured tower defences on a machine controlled planet . With beautiful visuals and sound, Anomaly 2 delivers an ultimate strategy experience.

The Room series continues to be the best logical thinking game on Android. Players need to solve the locked-box puzzles with their observational and logical skills. The game can be saved in the cloud and has some very realistic 3D graphics. The Room 2 leaves players thinking.

There are so many word games on Android and a new one pops up every day but if you found most of them rather easy, we suggest you to play Word Weasel. It is very fast paced and even tests your reflexes. Players have to match their online opponents and try and get the highest score in 50 seconds with only 9 letters.

LYNE is a simple puzzle game suitable for all ages. The player needs to connect similar shapes and fill up the board . With hundreds of puzzles, LYNE is beautiful, simple and fun.

This popular iOS RPG finally made its way to Android . Designed by the very popular Steve Jackson, the game is not just beautiful but also quite interesting with different outcomes every time you replay it which makes you want to play again and again.

This Action packed game takes about 1.4 GB of your memory but makes upto it with its gorgeous visuals. EPOCH is a Robot whose sole duty is to protect Princess Amelia. Powered by the Unreal Engine 3, it is a war between two robot armies with an engaging story line. Sounds quite tempting huh?

In God of Light, you would need to bounce light beams off multiple mirrors. The redirection of light beams will brighten the surroundings which will reveal a beautiful fantasy world. To control these light beams, players can use mirrors, splitters, prisms, collectors and even black holes. Wait what? It hardly made any sense right? You better try it yourself and thank us later.

2048 is a simple puzzle game where the player have to join tiles with similar value (starting with 2) and the joined tiles merge into a new tile and adds up the two values, you keep doing that until you get 2048, so simple right ? Actually its note. Beware of this game if you aim to do productive things, as this is going to eat up a good whole week of yours.

Featured in Appstorm’s over 30 Fantastic Retro Games (that can make you nostalgic), this one is a retro tycoon play wherein you need to construct a tower and fill it with decent characters. Right from populating the strange characters to the ability to drape them in various uniforms, the game is naturally engaging. Make money for designing new floors, persuade citizens to live inside, get perks when VIPs visit your tower or when your design reaches the cloud, and upgrade your elevator – the game offers several choices and that makes it quite addictive.

Retaining the Zombie theme, this game by Sarah Northway is for constructive and optimistic people. This game challenges you to build a small group of survivors strategically. The player needs to spread the compound while defending the assets from the exponentially growing attacks. The game play is extensive as it needs constructive decision making of various overwhelming events. This game brings on the “responsible” side of you and you will have to sweat to keep your ground alive, sounds quite addictive huh? It actually is.

This is the brainchild of makers of Candy Crush Saga, very familiar to Zynga’s Farmville but has its own twist, Were you one of those who was hooked to Facebook for hours and really cared and loved your farm ? Not to forget you might have spammed all your Facebook friends and had an earful from them for pushing it too hard?, then this game is definitely for you, even if you were not one of those, give this game a try and find out what all the  hype was about, good chance you will become infected with  similar addiction.

You would need join forces with the Farm Heroes to save your valuable farmlands. There are several engaging levels, where you can collect magic beans and challenge your friends for the best score and fattest onions! We also have boosters and special power-ups to overcome the challenging levels. Definitely one of the most engaging Android game available right now.

This is a popular game by Supercell for all those who love to harvest crops, care for farm animals, trade farm goods, and build bakeries. There are several tools to improve your farmland, that game makes you live as a farmer, virtually ! So if you fancy living  peacefully amidst the chickens, sheep, cows, and pigs then be ready to be hooked to this game.

So this was our list of most addictive android games, hope you liked it, you can suggest one as well and we will definitely consider adding it up on the list.