VPN’s (Virtual Private network) have become a rather popular solution for secure, anonymous browsing  and to open blocked or georestricted websites.

So, we have taken up the job of finding the best free VPN softwares for you but if you are quite serious about your security & anonymity and would like hassle free browsing with no bandwidth restrictions or pop up ads, we would recommend you to sign up with premium versions of either HidemyAss or StrongVPN.

Both are quite good and are considered to be the best VPN service providers, choosing one among these two should be easy. Simply consider the budget you are comfortable spending and the features you need and pick one, you cannot go wrong with either of them as they have been in the VPN industry for a long time and are quite reputed for their service, support and privacy with your data.

I personally use HidemyAss as they offer less complicated packages that seem to be hassle free if you are not sure how much of a VPN you would need like the supported bandwidth, speed etc and also their offering is quite good for the price.

But if you know how much of a VPN you need, StrongVPN offers more flexibility with its customizable packages which is why it could be a smarter choice for the well informed, and for the ones who love free stuff, or would like to test the waters check out the ones listed below.

1)Open VPN: Open VPN as the name suggests is an open source VPN based on open SSL written by James Yonan and is published under the GNU General Public License. It is free to use and provides highest level of privacy and security and if thats what you are looking for, then look no further. Download Open VPN.

2) Cyber Ghost: Cyber ghost is one of the best free VPN service provider based out in Romania Germany. Their VPN meets security and quality conditions of the federal agencies. They allow upto 1 GB of free bandwidth for free users and also have some reasonably priced paid versions.

4)Anchor Free’s Hotspot Shield: One of the most popular VPN software, Anchor Frees Hotspot shield provides free VPN service supported by ads. Though there is no limitation in bandwidth in the free version, lots of ads popup on every web page which can get quite annoying. But if you need a VPN occasionally or can withstand those ads then you should definitely give Hotspotshield a try. 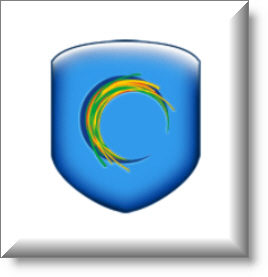 5)Tunnel Bear: Tunnel Bear is a critically acclaimed VPN software for its simple and intuitive UI and effective capability. Thought the free version provides only 500 MB of free usage per month you can tweet a request and get an additional 500 MB of usage, a rather tacky promotional scheme but definitely worth asking for. 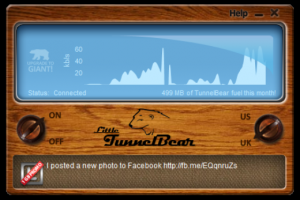