WP7 Root tools is the first app that anyone should download on their wp7 phones after jail breaking. Developed by the creator of interop unlock Heathcliff74, WP7 root tools offers full root access and enables users to tweak the settings inside registry. WP7 root tools has 3 important Menus namely registry, explorer and policies. 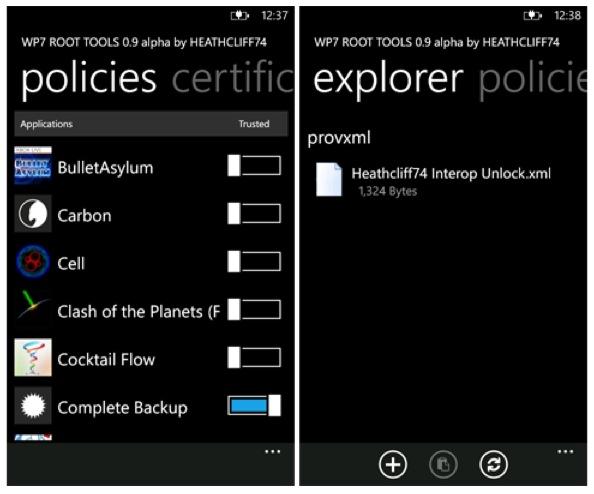 With WP7 root tools users can modify and change values inside the wp7 registry and tweak it like an ordinary PC. Policies are another area where WP7 root tools grabs attention. Policies are nothing but those applications which users trust and give them the root access. By default, every application installed on your phone will not be given root access. However if the user feels a particular application requires root access so that he can tweak the app as he likes, then he can create an own policy to give the application root access. The Explorer menu lets you browse your phone internal folders and know what exact data is present inside

The current version of WP7 root tools is 0.9 alpha and can be downloaded here. Certificates and Tweaks are two new features that are going to be launched in WP7 root tools in future versions 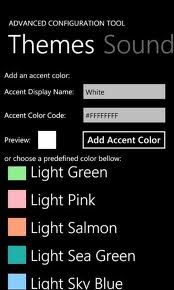 Advanced Config is an important app that makes you tweak some of the most important settings . With Advanced Config you can customize themes,sounds ,icons and tiles. People who are bored with the default 10 colors given by Microsoft  can create their own tile color from the hexagon color coding chart. Additional tweaks include choosing of dehydrating apps on pause,fixing 32 bit mode display, Bluetooth and IE tweaks. The latest version 1.5 which is Mango ( WP 7.5) supported can be downloaded here 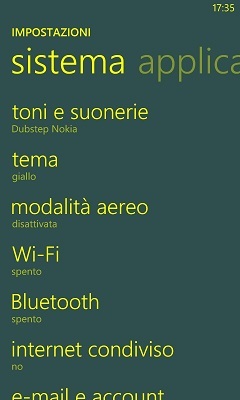 Metro Theme is the app that I daily tweak. Besides the two themes Black and White given by Microsoft,Metro theme has a number of predefined themes that make your screen eye-catchy.Users can also create their own themes and also have the ability to hide clock on system tray . Making a custom theme and changing the tile colour from advanced config is a best combination of theme changing 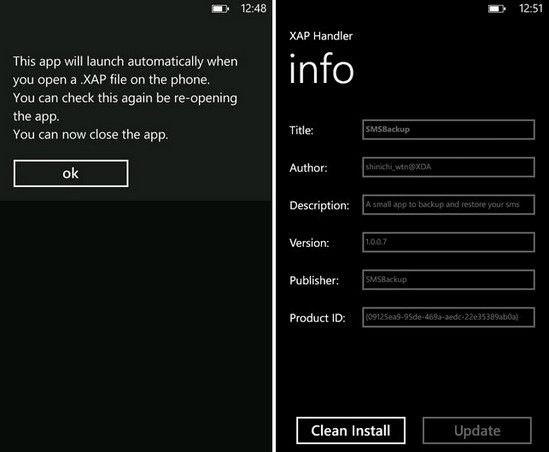 XAP Handler is another app that is very important. XAP handler enables users to download XAP files (Application files )  from the native IE Browser and email 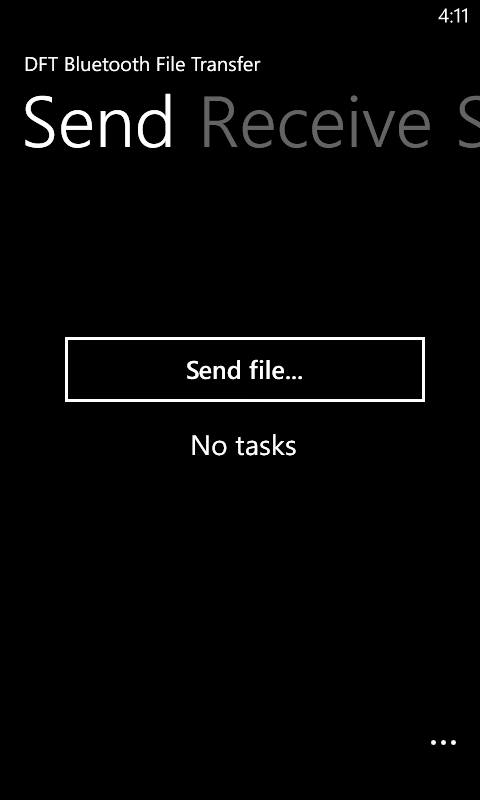 DarkForce team released a Bluetooth app which enables users to transfer files via Bluetooth ( A crucial and important function which Microsoft missed ) .However, This app currently function only on Full Unlock Devices ( Devices flashed with Custom ROMs) and it seems that DFT is currently working on making it work in interop unlock devices with wp7 root tools access.You can download it here 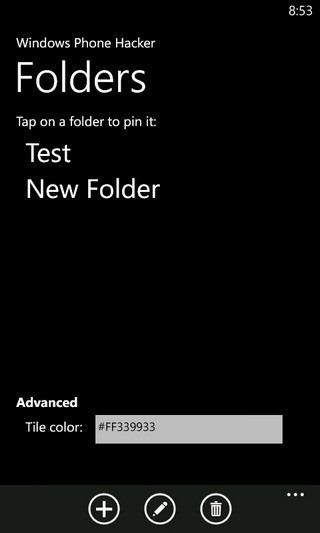 Folders is a must have app for those who are very much comfortable in their past windows mobile 6. Users can create  folders and pin them to start screen for easy access.You can put all the frequently used applications in a folder and pin it to your start screen 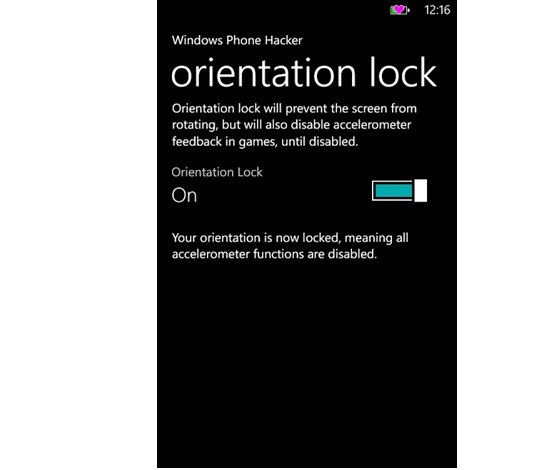 When you are lying down and want to read something, Orientation lock helps you in preventing the rotation of screen . The latest version of Orientation lock also provided you the ability to pin a secondary tile that can be useful for quick toggle between lock and unlock states of orientation 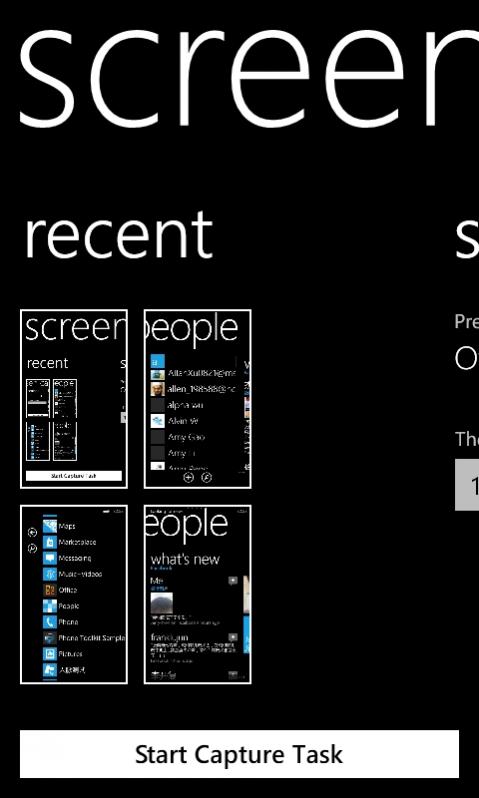 With Screen capturer you can use the camera button of your WP7 device to take a screenshot. Screen Capturer works with a timer option . As soon as the user clicks the start button a timer will start and during this time application will take screenshots and when capturing ends a notification will be shown and the pictures will be saved in the pictures hub. 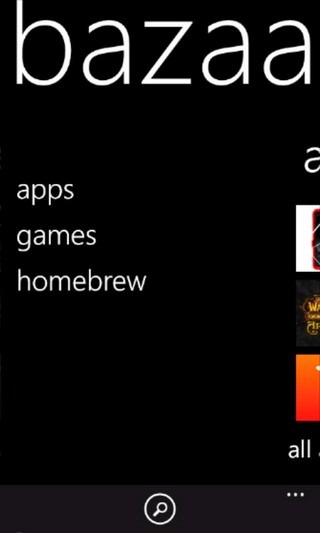 Bazaar for windows phone is a cydia like store for wp7 .It consists of neatly organized homebrew apps and users can download right from the app itself 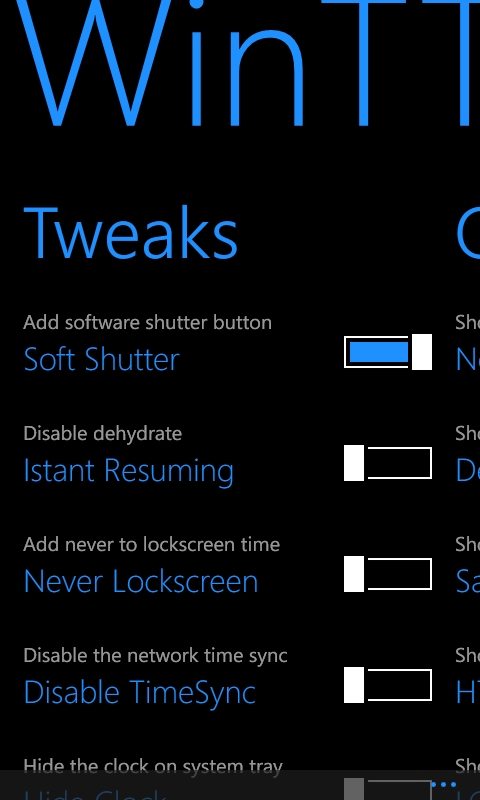 WinTT Toggle Tweaker is a set of useful tweaks that you can enable/disable instantly without going to the registry an changing it manually.Tweaks include Soft Shutter,disabling time sync,force updating etc all at one place . 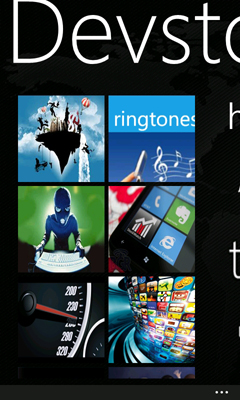 DevStore7 is another app store like bazaar that organizes the best apps from XDA devs.It includes several hubs like News,Ringtones,Dev,ShootOut etc.New homebrew apps uploaded to deepshining.mobi will be frequently updated here.

So these were some of the best home brew apps you must try on your unlocked wp7 device,and if you have not yet done that,here is a tutorial on how to unlock wp7.5.Also if you have any suggestions please feel free to comment about your favorite home brew app.

One thought on “Best Homebrew Apps for Windows Phone 7”