RIM (Research in Motion) has now released a 3G variant of the Curve 9320 smartphone.The Curve 9320 is grabbing quite a lot of attention due to its attractive pricing and being the first Blackberry to ship with the all new Blackberry OS 7.1.Lets have a detailed look into its specs and features. 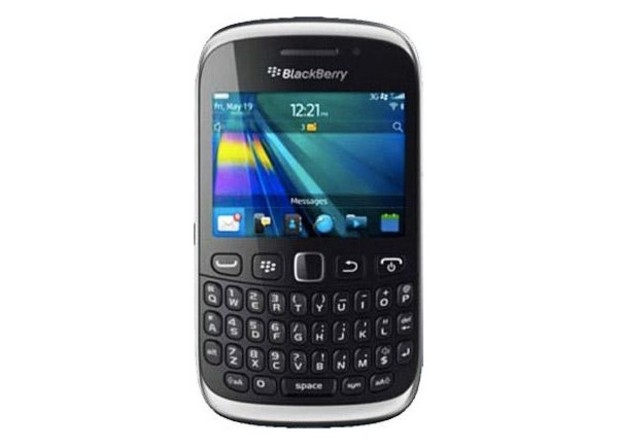 The Blackberry Curve 9320 is more or less same when it comes to design compared to the previous devices like 9300 and 9360. Though 9360 is a bit slimmer than 9320,the 9320 doesn’t fall much short when it comes to looks and also has better build over the 9300’s. The Curve 9320 weighs just 103 gms and comes in the dimensions of 109 * 60 *12.7 mm  which makes it easily pocketable. It possess the same typical Blackberry style of QWERTY keyboard.The keyboard appears to be a little smaller than 9300 but doesn’t make things difficult while using as we were quite comfortable with it .The back of the body is Glossy and is prone to fingerprints.

The Curve 9320 comes with Blackberry’s latest 7.1 OS  that boasts – Mobile hotspot,finally ! Users can create a Hotspot and share it by connecting up to five Wi-Fi devices at a time. Wi-Fi Calling is another feature that comes with the new OS. Another worth mentioning feature is the Blackberry TAG which enables you to tap two NFC enabled blackberry smart phones to invite a BBM contact which can be used to share music, photos etc.

The Display is about 2.44 inch (QVGA) with 164 ppi pixel density.The Curve 9320 comes with a decent 320*240 pixel resolution and possess a 65K color TFT screen. The typical blackberry’s touch sensitive optical trackpad functions impressively.Overall nothing new in display segment,looks like Blackberry choose not to experiment with the display,evident cost cutting. 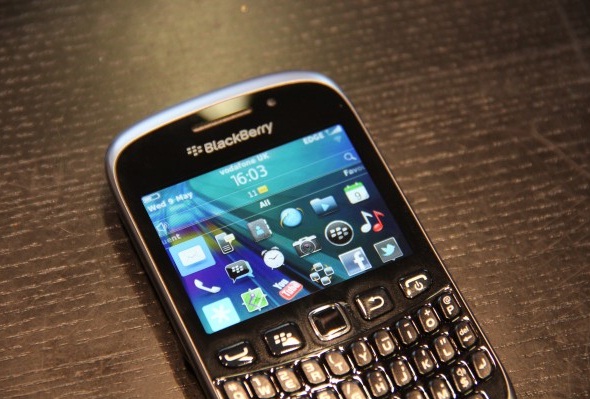 The Curve 9320 comes with an internal memory of 512MB and is expandable up to 32GB via microSD. It possess a 512MB of RAM.An 800MHz processor and does a fair job in app-switching multitasking,browsing etc.

The camera is big letdown in the 9320.While phones in this price segment are coming with 5MP,9320 surprisingly comes with a fixed focus 3.15MP Camera but with a LED Flash.The camera possess common features like geo-tagging etc. A front facing VGA camera for video calling over 3G or WiFi has been provided.

Battery is so far the strongest point in Curve 9320 over its rivals.The 1450 mAh battery does a fine job of  powering the device for full 2 days with moderate usage in our test which when comes to Android or Windows Phone rivals is twice good.

Though there is no official word about pricing it is expected to be priced around 12K in India (150 Euros).

Avid Blackberry users will be more than pleased with this phone due to its strong battery life, upgraded BBM and a refreshing new OS especially with features like mobile hotspot and wi-fi calling all at a luring price of 12,000.As far as the App Market is considered, the blackberry market is nowhere near to its rivals but if you are looking for BB’s secured mail server want to stand out in the crowd with a sleek and smart-looking mobile phone,the Curve 9320 might just be the right pick for you. Users looking for a smart phone purely based on hardware and software features offered for the price might prefer an Android or Windows alternative like Galaxy Ace Plus or Lumia 710.