Razer project Fiona is a gaming tablet concept designed to run today’s most popular PC games and  comes with attached [non detachable] joysticks on both sides of the tablet to provide precise controls for gaming on the go.

The project Fiona gaming tablet will be coming out running windows 8 out of the box ready for PC games. Razer CEO Min-Liang Tan exclusively highlighted the Ivy Bridge processing power and windows 8 however  graphics chip is still not confirmed. 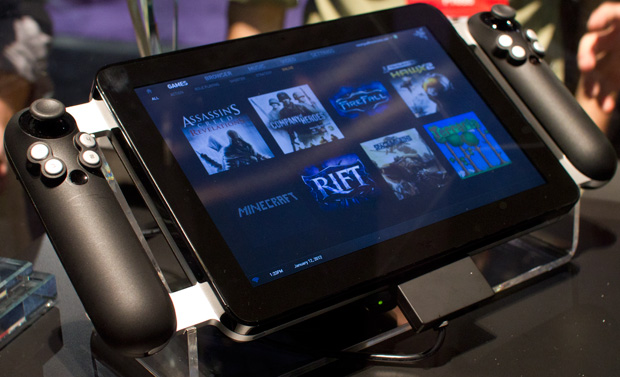 Razer Fiona sports a 10.1 inch screen with 1,280×800-pixel resolution and comes with a highly sensitive touch screen. Tan also said that the battery life will be equal to that of a laptop, and won’t be like other tablets.

Designed to intensify the gaming experience:

It also comes with an inbuilt accelerometer in the analog sticks to provide force feedback so that the gamer’s hands can feel everything from an explosion to a gun shot. Razer Project Fiona gaming tablet is created to provide immerse gaming experience on a tablet, not only for the current Gen PC games but also  the future more demanding games as well. 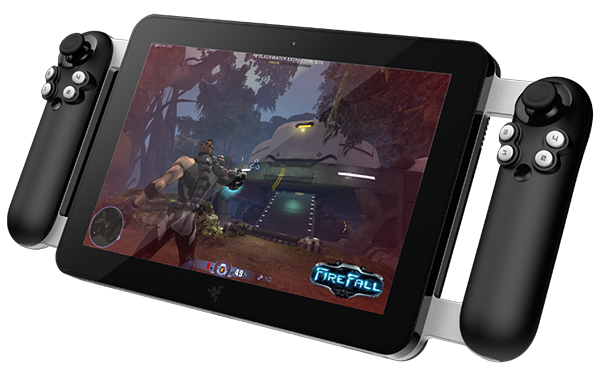 Razer project Fiona gaming tablet looks quite bulky but feels lighter than it looks and is estimated to release in the Q4, 2012 under a price range of $1000.