Samsung Galaxy S3 and HTC One X are the hottest Android Smartphone’s till date and its quite obvious for anyone to be confused among them.Samsung has recently launched the successor of its rather sucessful handset Galaxy S2 and HTC One X has been waiting in the ring since February of this year.The S3 is up for pre order now and faces the HTC One X as its prime competitor.Both these beasts are amazing,have no doubt about that and you cannot go wrong with either of these but if you have to pick one analyzing the slightest of the advantage that one holds over the other then lets move to the comparison we have laid out here. 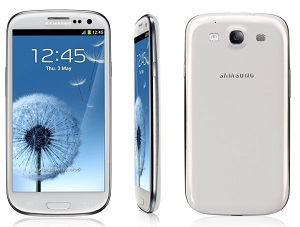 Display : Lets start with the display,well this has been always Samsung’s strong point.Being the pioneer company of displays since ages Samsung has been dominating the mobile market with its astonishing Super Amoled displays.Now to answer to the issue,HTC has used all new IPS 2 panel into the One X and it worked.The HTC One X’s display is brilliantly Vivid,colors are at right saturation and the phone looks bright with excellent viewing angles.Many complain the Super Amoled display to be overly saturated and white’s to be rather dull which is not the case with HTC One X.

To sum it up in a single sentence ,HTC One X’s display is more realistic and bright where as S3’s display has deeper colors especially the blacks.So this would be more of a personal preference and since both the phones here sport 720P HD resolutions that are a feast to look at,we recommend you to check both out personally and decide,for us its a tie.

Processor : The Galaxy S3 takes the cake here,the Quad core Exynos processor performs considerably better than the Tegra 3 when it comes to benchmark tests but the question is how much would it reflect in real world usage.Will you see any difference in multitasking,browsing or gaming ? well as of now,not much really but may be in a year when more demanding apps/games come up,probably yes but the fact remains,the Exynos processor is the faster of the two and by a decent scale,so the winner has to be S3.

Memory : Memory is an essential factor,after all you need some fast memory to be provided from the bare device to store all your games and media.The Samsung Galaxy S3 comes in 16 GB,32 GB and 64 GB variants (to be launched) with microSD expansion capability upto 64 GB while the HTC One X comes only in a single variant  of 32 GB internal memory (26 GB is user accessible) with no expansion slot.While this might strike as a con in the HTC One X we would like to think that 32 GB of internal memory might be sufficient for many and moreover for you to get 32 GB as internal memory in the s3 you have to pay extra which is not case with HTC One X but for those who like to carry a lot of media on their smartphone this might become a serious concern with HTC One X.

While we don’t see this as a big issue as the One X comes with 32 GB standard internal memory for the price cheaper than a 16 GB variant of S3 we still have to vote in favor of S3 as it provides the flexibility of expandable memory.

While we are at it,both the phones come with a standard 1 Gigabyte of RAM.

Build : Another rather important factor that should be taken into account.Samsung really was expected to come out with something more attractive.Clearly the design is dull and uninspiring “for many,including me-a rather subjective thought though”.The build quality does not justify the premium price where as the HTC One X on the other hand looks and feels much better.HTC  has always known to make well build phones and they haven’t missed their trademark quality with the One X.The Phone ozzes quality and does feel like the king of the phones when you hold one.However though build is better in case of the HTC the Samsung Galaxy S3 isn’t all that bad either and many might find it just fine considering it is a bit thinner than the X.

Software : While both run ICS they come dressed up in different skins.The Samsung Galaxy S3 comes with new Touchwiz Nature UX vs Sense 4.0 in the X.While the Sense is all fancy looking with a lot of fancy weather widgets and 3D effects its more resource savvy also one might debate it to be focused more onto eye candy than serve practicality while the Touchwiz has been proven to be a simple,elegant and more intuitive layer on the ICS.Also the S3 packs in some new features like Svoice and SmartStay which further adds to the software of the S3.

Camera : While both of the phones feature a 8 MP auto focus camera with LED flash and a tons of features likes smile detection,geo tagging etc the One X delivers better picture quality overall.S3 has the same camera that was found in S2 with some new sharing and editing features,though that is nothing bad as many found the camera on S2 quite amazing but on the other end HTC has created some buzz with its new wide aperture f/2.0 autofocus lens and high-quality BSI sensor.S3 comes with some new and unique photo sharing features and other stuff like touch focus and also image stabilization.The camera in the Samsung Galaxy S3 does a fine job,infact a very good job in taking your day to day casual shots but if a proper in depth comparision is done,the One X’s 8MP comes on top.Both the phones happen to have front facing cameras that can capture video @ 720P.

Now here comes the hard part,while both these phones are absolutely amazing and are extremely feature rich and powerful one has to settle for one among these.Now people who would prefer a better build and better looking device with an excellent camera and is powerful enough to show no difference in real world computing compared to that of the S3,the HTC One X should be your choice.But for those who want the more powerful hardware and want to boast a little with some new features like Svoice and Smartstay and want the more intuitive TouchWiz Nature UI and don’t mind the rather mediocre build quality/design and at the same time pay a little extra for them,S3 is your device.

14 thoughts on “Samsung Galaxy S3 VS HTC One X”