Sony is about to launch a new Android Smartphone Sony Xperia U which is now up for pre-order at a price of 17399 INR at flipkart and is expected to be revealed by end of this month.Xperia U is placed at the sub mid range segment of <18k and it looks like Sony has some high expectations with the device.The pricing puts the Xperia U in direct competition with the newly launched HTC One V.we will compare both of them later in this post but first off lets have a look at the new Sony Xperia U. 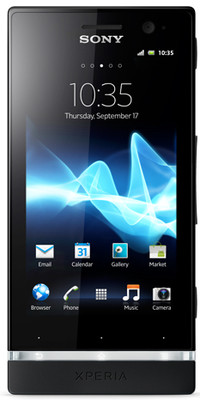 The Sony Xperia U is a phone targeted at mainstream Android buyers luring them with a dual core 1 GHz  processor and sleek design.The phone looks great with a slim body line and chrome finishing around the bezel.But there are some outright downsides to this phone also.The Xperia U has a 3.5″ capacitive display and also will come loaded with Gingerbread (upgradable to ICS) where as the competitors at that price come in a 3.7″ to 4″ screen sizes and also its direct competitor One V comes with ICS.

well that’s what would come to anyone’s mind at the first glance but when you start thinking,this mobile baring a 3.5″ display with 854 x 480 Pixels results in a better pixel density which means text,images,games etc will look better than other devices sporting about the same display resolution on a larger display.Also Apple’s strategy that a bare thumb can access a maximum of 3.5″ screen only cannot be totally ruled out as many users around the world do feel that their 3.5″ device is more handy and easy to use,but again that’s quite arguable as many prefer a bigger display to enjoy media and games on the go.

Before we talk any further let us have a look at the important features and specifications of Xperia U :

Now if you keenly observe Sony Xperia U’s spec they are more or less close to that of an iPhone 4s and if people loved it with iOS there is a definite possibility that people might actually fall for a similarly specked (but differently designed of course) device running Android,well at least Sony might be crossing its fingers on that.But again one might argue that iPhone’s are loved for better apps and UX and not for their hardware.

However a few cons like smaller 3.5″ screen and a smaller battery size of 1320 mAh can be a deal breaker as there are many who would want to enjoy media and games on a larger screen and probably for longer time as well which thanks to the puny battery provided in the Xperia U wont be sufficed.Also though the Xperia U comes with a good 8 GB of internal memory the drawback is that it does not support any expandable memory.

Sony Xperia U VS HTC One V :

Both the phones being priced close to each other lead to an inevitable comparison. Of course people want to know which is a better pick.well both have a few ups and downs and considering them lets conclude the winner. 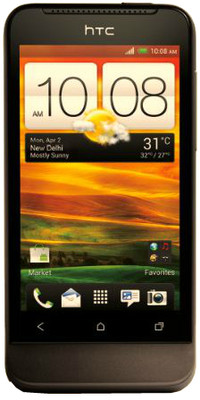 Advantages of  Xperia U :

Advantages of HTC One V :

With a display having more pixel density,a front facing camera and a Dual Core Processor gives the Xperia U a clear advantage over its rival HTC One V but for users who would prefer an ICS ready and better build device with larger display HTC One V would be the choice..

12 thoughts on “Sony Xperia U Review,Specs,Pricing-HTC One V vs Xperia U”